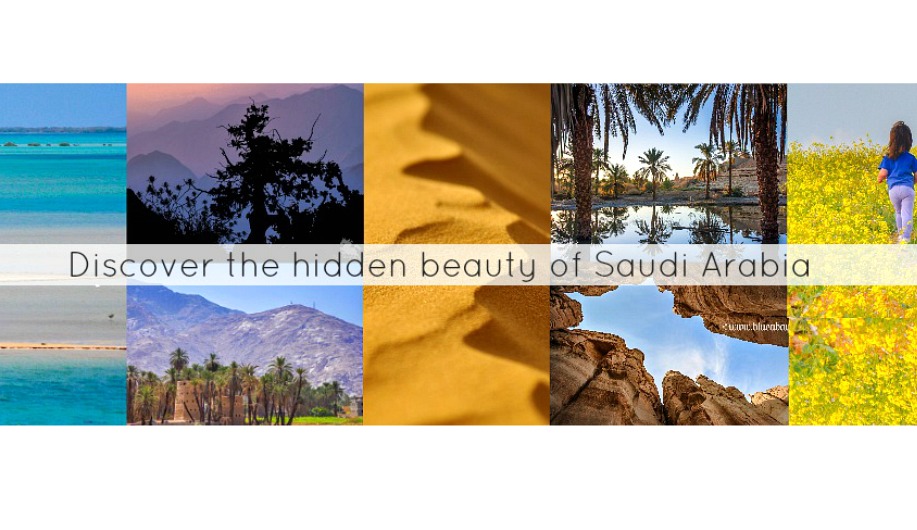 What Is The True Meaning Of Ramadan?

Ramadan Mubarak to all Blue Abaya readers, it’s that time of the year again to reflect on the true meaning of Ramadan. Ramadan in Saudi Arabia is estimated to begin on the 16th of May 2018. To read more about what kind of changes Ramadan brings with it in the ‘Magic Kingdom’ read this post: The Magic Month in the Kingdom.
The following article ‘In Search of the True Meaning of Ramadan’ was published in its original form in Saudi Gazette newspaper in 2013. I wrote the article because each year that I spend in Saudi Arabia during Ramadan, the more all the over-consuming and spending madness is starting to bother me. The true, original meaning of Ramadan has been totally forgotten and it makes me feel really sad to see what is has become for some.

So writing this article, I wanted to reflect back on how I searched for and found out about the true meaning of Ramadan. 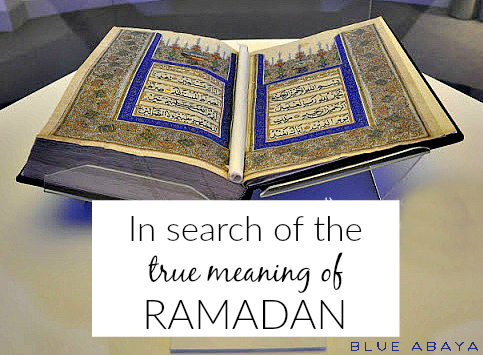 Most non-Muslims know this month as the time when Muslims abstain from food and drink during the daylight hours.  Before I came to KSA, admittedly, just like most non-Muslims living in western countries, I was pretty ignorant about Ramadan. I knew that this was the month when Muslims fasted from sunrise to sunset, but that was pretty much it.

Before coming to Saudi Arabia, I had heard people in my country Finland saying things like  ‘the mohammedians’ can eat only at night because Allah doesn’t see in the dark (seriously some people really think this to be true) or that the ‘mooslomans’ (yes there people who still use these ignorant terms) fast only part of the day because they couldn’t handle a week in row of fasting (like any human could?). It was all made out to be some sort of big joke, this Ramadan thing. After having listened to all this nonsense and misinformation about Ramadan I remember wondering, what was the real reason behind the Muslim fast, because it didn’t seem to make any sense to me. I never bothered to find out the real answer though.

That is, until I came to work as a nurse to the “Magic Kingdom”.

During my first Ramadan in Saudi Arabia 8 years ago, I became very curious to find out more about the holy month of Muslims. Because of my living and working environment in a Saudi government hospital,  all this fasting business suddenly became much more of a reality to me.

To my surprise, as Ramadan drew closer, many of my expat friends grew grumpier. “I hate Ramadan!” “Everything is closed, nobody is working” “Muslims skip work and leave all the work for us to do” “Whatever you do, don’t stay in Saudi for Ramadan, it’s just crazy” “they will arrest you if they see you drinking water during the day” etc etc etc.

I did not hear a single positive comment about Ramadan. So naturally, I became somewhat weary of what Ramadan would bring along and started to dread the beginning of it along with all the other expats.

So Ramadan rolled along and the entire hospital turned upside down. Read here what Ramadan is like in a Saudi hospital. Patients ate at the strangest hours, visitors came and went in the middle of the night, Muslim working hours were cut, some Muslim employees would disappear in the middle of shifts, medicine regimes had to be changed and fasting patients could not even be administered intravenous medicines during daytime. It was all very confusing. 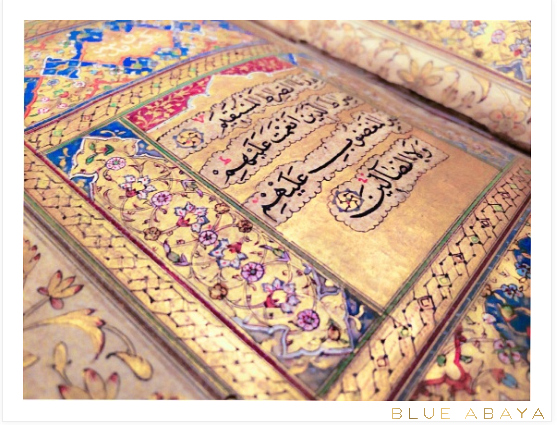 Some of the things I had been “warned” about did happen, such as the strange hiding of all foods from sight and some colleagues skipping work. (Read more about it in this post The Different Sides to Ramadan in KSA)

Despite all the weird schedule changes, I could not help noticing other, more positive changes too. There was a remarkable sense of unity, cheerfulness and a feeling of high spirits among my Muslim colleagues. The patients, if possible, became even more welcoming, friendly, and hospitable.

There was a sense of elation in the air that I could not quite put my finger on, but it made me even more curious.

One day as I was doing some charting, I curiously watched as all the ward clerks, nurses and doctors prayed together in the staff room. I finally mustered up the confidence to ask about Ramadan, despite the fact that they were all Saudi males and I felt a little intimidated to approach them on this matter. I remember simply asking “why do you fast during Ramadan?”

I was blown away by the reply. Looking back, the way one of the men explained it to me in such a nice and respectable way was commendable, despite my seemingly super ignorant question.

“We fast to remember all those people who cannot eat and drink daily.”

“We fast to feel their suffering, to remind ourselves of how blessed we are to have food and water. “

“We fast to feel those same pangs of hunger that our poor sisters and brothers feel daily around the world.”

“We fast to become more generous, to practise self-discipline and to strive to become better Muslims and better people.”

His words had a profound impact on me. Somehow I had failed to see the true meaning of the fast. From that day onward I started to look at it from an entirely different perspective.

I realized that Ramadan is so much more than just abstaining from food and drink during the daylight hours. I came to learn that Muslims are supposed to abstain from all harmful acts as much as possible during the month of Ramadan. They should concentrate on becoming a better person and do good deeds to others, give charity and avoid bad and harmful behaviors. 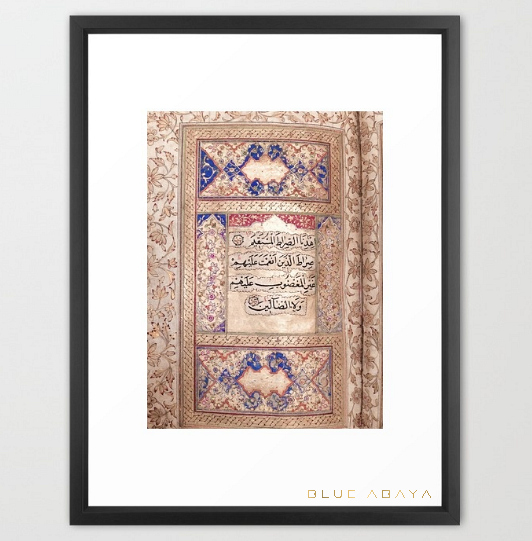 Ramadan can be very different from one person to the other, depending on what their personal goals for the month are. Everyone can set their own goals for Ramadan according to their life situation and abilities. While one person struggles to quit smoking, another might set as a goal to read the entire Quran during Ramadan or start healthier eating habits. Some might plan to pray extra prayers every day, donate to charity or memorize a new Surah from the Quran.

So that day I learned from those Saudi colleagues that Ramadan is also about remembering the Creator, reading the Quran, which was sent down during the month of Ramadan, doing good deeds (out of a sincere wish to do them, not by habit or force), being kind to others, giving out Dawah (teaching, not preaching non-Muslims about Islam) and remembering the poor and the less fortunate.Ramadan is about being humble, modest and abstaining not only from food, but from extravagance, over-consuming, spending, wasting food, money and resources.

Sadly, what I see happening in reality is very disturbing, keeping in mind what I had learned about the true meaning of Ramadan.  I saw that many people in Saudi Arabia are doing the exact opposite.

The true purpose of fasting  and meaning of Ramadan has been long-lost and forgotten. I see people stocking up on food as if it’s going to run out from the stores, cooking and baking like there is no tomorrow. Women are spending their days in the kitchen instead of focusing on other more important things; some out of their own will or perhaps out of learned habit and routine, some by demands from husband and even peer pressure. Instagram and Facebook becomes flooded with the most extravagant iftar meal images, as if it’s a competition of who made the most food.

When time comes for iftar, often people indulge in huge meals and then lay around all evening snacking on deep-fried, highly sweetened and unhealthy foods.  Watching Arabic soap operas on TV, gossiping with friends and staying up all night is very common. Many go to shopping malls which are now open until the early morning hours for mindless shopping, just for the sake of shopping, not need.

Some even force their kids to stay up late or wake them up in the middle of the night so that the parents don’t have to get up early with them. The next day they sleep until the evening until it all starts over again at sunset.

The Prophet Mohammed taught Muslims by his own example to break the fast with simply dates and water, then eat a light meal later. He is known to have kept to the normal daily routines during Ramadan and not becoming  nocturnal despite the heat.

I wish people would not forget the true meaning of Ramadan, its purpose, and all the blessings of this month. I hope this post also helped non-Muslim and newbies to the Kingdom to learn something they didn’t know about Ramadan and fasting.

I wish everyone a beneficial, not superficial Ramadan! 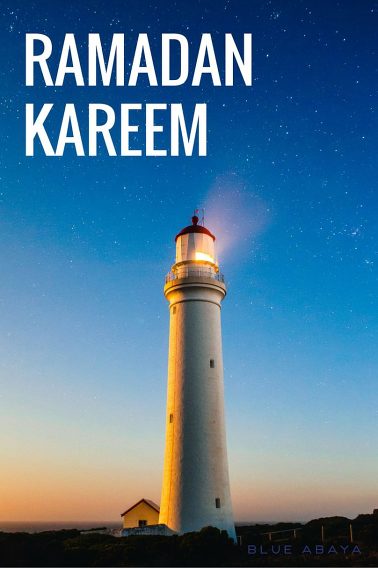 Join over 6000 Subscribers and get our latest content and updates from Saudi Arabia directly to your inbox.

Thank you! See you soon in your inbox.

Hello there! I’m Laura, the founder of Blue Abaya- the first travel blog in Saudi Arabia, established in 2010.  Travel has always been my passion- so far I’ve visited 70 countries and I’m always on the lookout for new adventures inside and outside of Saudi Arabia!